Having stood witness to over a century of change on the Mississippi River’s storied shores—some subtle and some dramatic, some gentle and some turbulent—the Nicollet Island Inn is now one of the few buildings that remembers the earliest days of development on Minneapolis’s Nicollet Island. 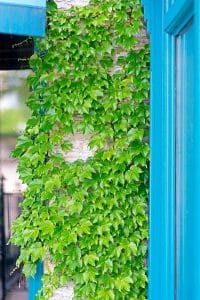 The building that is now the Nicollet Island Inn was first constructed in 1893 as the Island Sash & Door Company. Less than a year after the company first opened its doors, Nicollet Island was ravaged by what the Minneapolis Journal called “the worst fire Minneapolis ever saw.” Although the majority of the Island’s structures were devoured in flames, the Island Sash & Door Company survived and continued its operations until 1899.

In the early 20th century, Minneapolis became the center of the worlds’ flour and grain milling industry, and the Nicollet Island Inn served as a home to several upstart end entrepreneurial milling companies.

After falling into some disrepair, the building was rehabilitated in body and spirit by the Salvation Army in 1913, serving as a men’s shelter for the next 60 years. In the late 1970s, the building was again sold—this time to the Minneapolis Park and Recreation District—under whose watch it enjoyed another rebirth as the Nicollet Island Inn.

Architecturally, the Inn has seen a series of changes and improvements throughout its long and storied life. Its limestone construction is unique to a time period that depended on brick as its primary building material. Cut limestone bricks were laid in a random ashlar pattern, giving the building both a casual and solid appearance.

The Inn took its present form with the reconstruction of south and west walls during the 1970s. Additionally, the double-hung windows—set in a regular pattern throughout the building—transformed the Inn’s outward appearance from a rustic industrial façade to a truly welcoming inn.

The Inn’s interior, consisting primarily of heavy timber and beam construction, was renovated to create both intimate spaces and beautiful views. By glassing in the building’s old loading dock, the romantic dining room now offers gorgeous views of the Mississippi River and its North Bank.

Originally located in the lower level, the bar and lounge was moved upstairs in the 1980s to provide guests with a casual setting for unparalleled Nicollet Island Park views. The bar itself, with its original stained glass and cared maiden heads, is over 150 years old, coming to the Inn from a drugstore in a small New Hampshire seaport town. In the Inn’s basement, what once served as a coal bin is now a beautiful patio dining area terraced outside the Island Banquet Room.

Today’s Nicollet Island Inn evokes the charm and ambiance of a bygone era while showering its guests with surprisingly modern conveniences. Every detail—from antique appointments and stained-glass windows to hand-carved woodwork and a glass-enclosed elevator (with the original operator’s seat)—harkens back to a time when street cars roamed the by-ways of a town still in its infancy.

We hope you experience the Inn’s wonderful history—and we invite you to help us build new memories for an even more enchanted future.